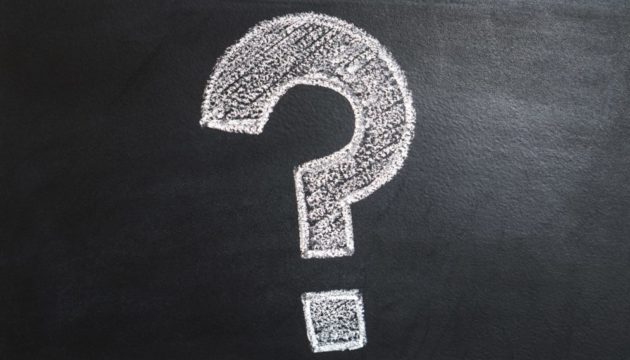 Relax and watch the TV

Why does Eastenders have more appeal to a broader audience than Horizon or Panorama? The answer is – you don’t need to use your intellect to engage with drama. And it’s easier to get emotionally involved than it is to get intellectually involved. It’s easier to eat comfort food than it is to eat celery. But unlike a righteous diet regime, with drama you can have your cake and eat it! Drama can deliver messages that have intellectual concepts bound up in them. And while we can’t do that with the sort of detail you’d get from a documentary style treatment, the impact, the engagement and the retention of the message will be much better.

Drama is a form of storytelling. Storytelling is a learning buzzword, but why is it so important in learning? Story takes facts, events or ideas and shapes them to create meaning.

St. Paul has been called a spin doctor. It’s meant as a compliment. Paul had extraordinary literary skill which he used to reshape the disparate and sometimes contradictory records of Jesus’ life. He also had the political skill to get his interpretation of the gospels accepted by the church. Paul and his followers wrote vast tracts of the bible post-Jesus, ensuring that a coherent and engaging story was told. This work played a major part in ensuring that Christianity became such a compelling and powerful force in the world. Here, story was the vehicle to spread ideas. Ideas with a spiritual, social and political impact. *

From the sublime to the ridiculous – Keeping up with the Kardashians is another example of the power of story. In this worldwide franchise, the jolly antics of this A-list family look spontaneous and genuine on the surface, but are in fact coordinated and staged by a team of story specialists. “Real” events are framed with staged activities to form stories. Stories that project values, have archetypal characters, plot points, acts and all the rest.

People want stories and want to believe in stories. It’s the principle way that hearts and minds are won and how political change is affected.

Most mornings I listen to the Today show on Radio 4 in which John Humphries interviews politicians. The core of his technique is to rhetorically question the position of his interviewee – testing the strength of an argument by trying to demolish it. This format brings out the best in the speaker as they are forced to defend their position. We get the passion and we get to the nub of their argument.

If the BBC let politicians simply tell us what they want us to hear without cross-examination it’d be like listening to a party-political broadcast, and as such, ironically, a lot less engaging and believable.

The latter is what we have seen many a time in a corporate learning drama – characters speaking the company line, showing no passion, and not getting into arguments over the issues. It gets the message across, but it’s not engaging and not convincing either. Of course, most large organisations are understandably wary of depicting their staff as being in conflict with one another, less still argumentative and they’re probably a bit wary of showing passion.

So, it’s our job to carefully guide them past these concerns, to bring in depictions of conflict so their messages can be convincingly delivered. An understanding of the principles of drama can give us the confidence to do this. To sell the client’s idea in a drama you need a champion of that idea (protagonist) and someone who tries to shoot it down (the antagonist). Together, their dialogue allows you to deliver a corporate message with passion and credibility.

The result of this approach is Real Drama for Learning. Dramatic content that’s as relaxing as watching your favourite TV show. A treat for the learner, a boon for the L&D manager.

Real Drama for Learning – we need it!

* Thanks to the Rev. Ruth Thomas for her Christian review of this paragraph. 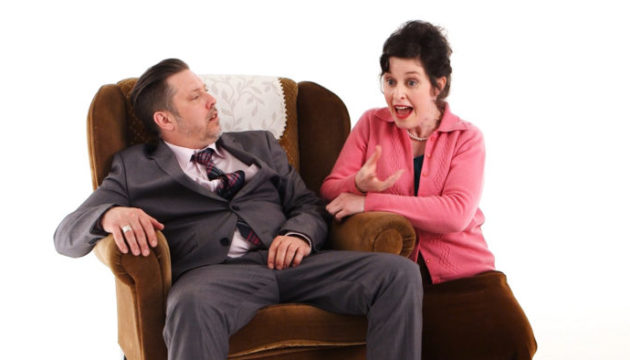 In this blog, we will be looking at how characters come alive in ‘Real Drama for Learning’.

Most people intuitively understand how dramatic story makes use of archetypical character functions (protagonist, antagonist, sidekick, sceptic, etc.) to bring contrasting aims and opinions in line with what the various characters want to achieve. In this blog, we will explain how this mechanism works when we introduce ‘Real Drama for Learning’.

In the real world, everyone experiences behaviour in colleagues that doesn’t sit well with them. In fact, we find it difficult to identify a work place where conflict doesn’t exist. In learning videos however, most often we see people pretending to be ‘professionally’ excited about issues that are not influenced by personal issues. And because of that we struggle to believe them.

On the other hand, we readily accept tense situations when watching a fictitious crisis unfold in a scenario where characters are tasked with preventing an escalating situation descend into full-scale disaster.

In ‘Real Drama for Learning’, we cross the line into that territory where learning situations become recognisable, identifiable and hence more believable and memorable.

To create an authentic story universe, we need to understand the characters’ position and sympathise with their aims and struggles.

Actors can make characters look like real people if the script contains believable dialogue. A good script provides actors with personality traits that flow from being precisely tailored to portray the character they play and evolves naturally in the situation they’re in.

So, how do we create these characters – shaped by the words they speak?

People have highly complex personalities. The more contrast or idiosyncrasy we see in people the more we tend to find them intriguing – or even fascinating. To mimic these traits in our fictitious characters, (irrespective of which story function their archetypical role fulfils), we need to give them contrasting yet believable character traits. Doing this makes the characters more complex and hence more identifiable and likeable, (or in some cases detestable – but still human). It also gives us the possibility of making them vulnerable and flawed. Further, by making them imperfect from the onset, it leaves room for character growth as the story evolves.

Let’s begin by exploring how we differentiate between archetypes and stereotypes.

Stereotyping is a popular but simplified characterisation of people often made according to how they visually appear or behave. It’s a superficial judgment: all capitalists are greedy; all blondes are stupid; all white, male politicians are untrustworthy. Stereotyping also exists about cultures and countries: the English have bad teeth; Muslims are terrorists; the French are great lovers but smell of garlic, et cetera.

In drama, rather than stereotypes we use archetypes. Archetypes are how we assign a role to a character in a drama. The Hero, the Mentor, the Villain and so forth. They are less reductive than a stereotype because the same character can play a different archetype in a different story.

When constructing the character gallery, we always begin by pairing the two (and often only) main characters: The Protagonist and the Antagonist. These characters (as our caricatured Story Specialist, Zach Forsythe, explains in the Real Drama for Learning introductory video): “… must both want the same thing, but nevertheless be bitterly opposed.”

These conflicting characters are the drivers of the struggle. The theme for their conflict is the perceived dilemma of how to pursue the right or wrong ways of dealing with the subject matter. The achievements/setbacks (often peaking in so-called dramatic ‘plot points’) become the times/places/situations where the steps in the learning points journey are reached.

In Tom Hickmore’s blog Real Drama for Learning – an Introduction, we mentioned ‘The Problem with Brian’ – a story about how best to handle an employee’s absenteeism. To create the opposing opinions and aims, we created two characters (Protagonist and Antagonist) who both had an interest in solving the problem but based on opposite solutions. We created their personalities, equipped them with positive and negative behavioural traits and established an obvious growth opportunity for the Protagonist. These ingredients are all classic elements used in conventional storytelling. The happy ending, (the protagonist winning), leading to the moral of the story, provides our learning outcome. And the growth in the Protagonist’s character makes us want to side with the winner and adds value to the learning experience.

But why do we always sympathise with the ‘underdog’? Normally, we choose to sympathise with the character whose goal we find the noblest. In ‘Real Drama for Learning’ we associate this quality with the positive learning outcome by making the steps towards achieving the desired outcome – also called plot points – the same as the learning outcome steps that the learner needs to take and understand. This way we associate the learning process with situations that are both relevant and engaging.

We have created a consisting of a character matrix and lists of positive/negative personality traits that you might want to experiment with. We hope you enjoy the game of creating contrasting characters and discover how the opposing perceptions of your subject matter that this reveals makes for an exciting learning journey.