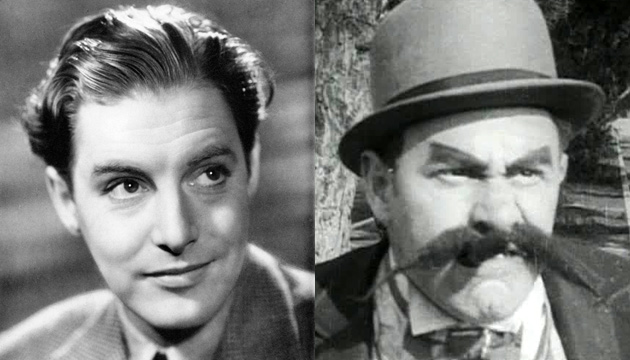 When we say a drama needs to be based on a conflict, and that involves a protagonist and an antagonist, it brings to mind a hard-nosed clash that you’ve seen with Batman versus the Joker or James Bond shooting at Goldfinger.  This can sound alarm bells.  While such whizzbang, violent conflicts are great fun to do, they’re not usually what we seek in the world of corporate drama.  The next models that come to mind are perhaps soap operas and other more human-scale dramas.  But even these frequently feature stand-up rows and tears, not the sort of thing we can usually entertain.

The fact remains, however, that to articulate a story in drama, conflict is essential, and the starting point is a protagonist and an antagonist.  So, how can we make these characters realistic, but nevertheless credible in dramatic terms?

The protagonist and antagonist want the same thing, but disagree on how to achieve it.  In a corporate context, this could be two people trying to solve a problem at work with one following the received wisdom on the topic and the other stubbornly doing it their own way.  Depending on whether it’s a compliance drama or one about innovation, one of them is the protagonist and the other the antagonist.  They are both working for the good of the employer, but one is misguided, the other struggling to do the right thing.  In this little conflict, neither is really a goodie or a baddie, but one is a protagonist, who advances the cause of the drama, the other the antagonist who stands in the way of the correct working method being enacted.

Of course, the protagonist doesn’t necessarily have to fight against another character, the antagonist could be a setting a process or an idea.  If our protagonist is trying to conquer a task we could tell the story like a sports movie.  Sport is a vehicle for the participant to objectify an internal struggle.  And this is how the drama is constructed.  It’s an inner struggle, articulated through the mechanisms of sport, which takes place amidst a variety of antagonistic outer forces which together form a collective “antagonist”.  So you could say the antagonist is a multi-headed beast – several characters and events that block the protagonist.  (Of course, I’m only talking about one common model of sports movie here, there are others).

A workplace learning example that could be structured similarly is crisis management.  Here the manager needs to control all the elements in the scenario rather as one might in a game of chess.  The crisis is characterized as the antagonist and the manager needs to manage it by moving the pieces on the board as it were.  Like a sports movie there will be antagonistic elements, such as an angry person who refuses to fall into line, but they are not the antagonist, they are just an element of it.

The other day I watched Eddie the Eagle with my 6-year-old boy.  It’s a movie about the British no-hoper who, against all the odds, got into the Olympics as a ski jumper.  I found it interesting that his route to the Olympics was in stages based on the size of the ski jumps he could tackle.  These are rather like learning points which became plot points in the story.  As a result, I learned quite a bit about the size of the jumps and other technical details.  But, of course, the thing I remember best is the moral of the story, which is that it’s not about winning it’s about playing, and if you set yourself against the odds people will appreciate your valiant efforts.  So, it affected me as a very anti-sport person, as rather effective pro-sport propaganda.  And for a few days I remembered something of the technicalities of the sport as well.

Coming back to goodies and baddies – one reason we don’t want passionate, violent clashes in our workplace dramas is that we don’t want them in the workplace.  On the other hand, if we were to take a workplace topic, something people are unlikely to get passionate about, and pump it up to the level of a melodrama, we’d have a very entertaining film which no-one would think for a moment is based in reality, but the audience would love it and would no doubt remember it and tell their friends.

Stories take impersonal facts and give them meaning. While Drama is not designed to deliver the level of detail you might find in a documentary style treatment, the impact, the engagement and the retention of the message will be much better. Real Drama for Learning Script consultancy: we work with your team to turn … Read more