THE VIDEO PRODUCTION FOR L&D SERIES

Webinar: An introduction to 'Watch & Learn'

In his mission to improve the quality of drama in learning, Tom Hickmore from Nice Media has condensed his 35 years of experience into one short volume called ‘Watch & Learn’.

Join us for an extra-special 45-minute session where Tom will introduce the main themes from ‘Watch & Learn’ and take questions from you; our clients, colleagues, friends and followers!

The first 10 people to sign up to the Zoom session will win a free hardcover copy of ‘Watch & Learn’.

What you will get from this webinar

This webinar is for learning and development professionals who 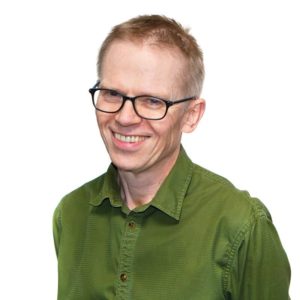 After early success as a video artist, by 1987 Tom Hickmore had turned his attention to corporate video. In 1996 he began to specialize in drama for learning. Tom has worked for an enormous range of clients in pretty much every sector. Courses he’s contributed to, video he’s made, plus his personal short films have all won awards.

The learning sector produces a good deal of drama, but its knowledge of the form is patchy. As a result, video drama for learning does not have the best reputation. In ‘Watch & Learn’, Tom sets out to change this, distilling his years of experience into a concise reference aimed at people at the frontline of L&D. The book covers everything from the role of drama in the workplace to tools for storytelling, character design and writing dialogue.

Whether you are a learning designer who wishes to raise their game or an L&D head who wants to know just what drama can do for you, this book will help. With each chapter summarised in handy learning points, it’s easy to jump around and join up the learning to suit yourself.

To supplement this book, check out Tom’s articles and his video series ‘What Can TV Teach L&D?’ available here and via Tom’s LinkedIn account.

Catch up on our previous webinars

Webinar Recording: How to design creative video content for L&D

Webinar Recording: 15 essential pre-production tips: How to plan and prepare for a video learning project

Webinar Recording: Why drama video is the best way to challenge unconscious bias.

Webinar recording: Video drama in learning - what is it good for?

Webinar recording: How combining video with AI can create an engaging and effective learning experience

Webinar recording: Video and AI - the next model of learning?